As my husband and I are more into fantasy (or historical) games, we never really got to know the original Zombiecide game series. But when the Kickstarter campaign featuring the Black Plague medieval version was announced, we decided to give it a try and pledged quite a large amount, as part of a Christmas present from my parents. 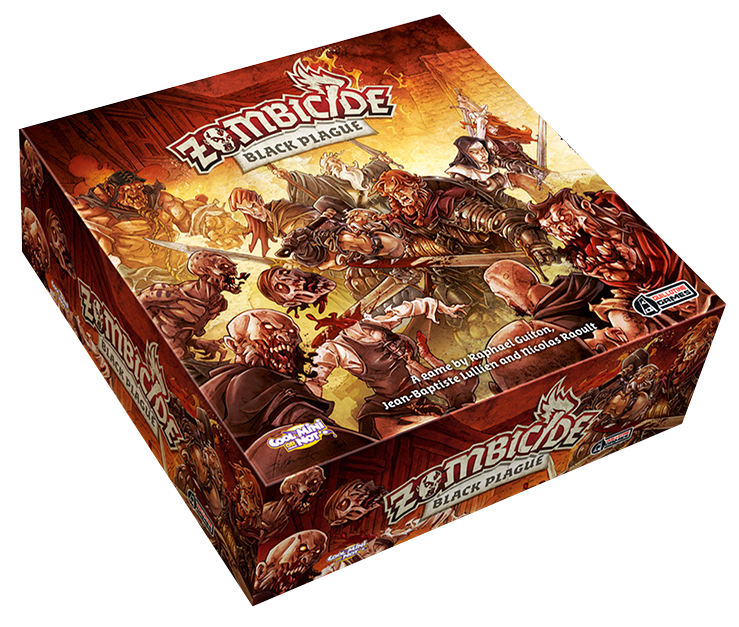 Just in time for Christmas!

Unfortunately the estimated delivery date was postponed to 2016. Soon afterwards, however, we received a mail that they were shipping out the core game just in time for Christmas! This gave us the opportunity to spend some of our holiday painting all the core parts of the game, which turned out to be quite a lot! 65 zombies and 6 heroes to be exact.
We managed to have it all painted within 3 days, but with many hours of hard work!

I put a bit more work in the survivors than the zombies, but all in all they ended up pretty good and to a reasonable standard.

I included a second picture of the female character/miniature Nelly, as I think she turned out pretty good.

And now for some zombies… First the Fatties. The game includes two different variants – Though they are quite similar in looks, the one to the right (First picture) was twice as fast to paint.

That’s a total of 18 Fatties – These were the worst of all the zombies to paint. They’re larger (Duh) and the Fatty without the cap has a lot of extra details, weapons, a potion/bottle etc. – Luckily the one with the cap wasn’t too bad. 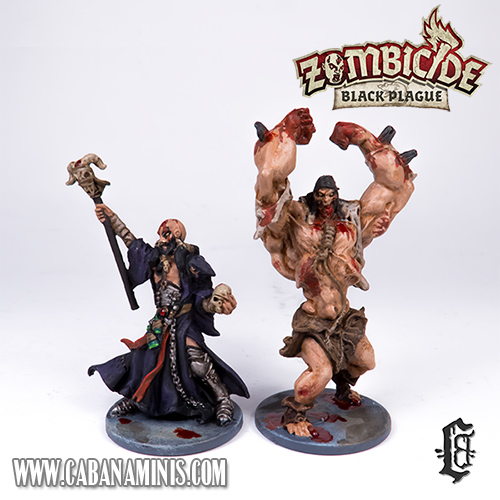 Both me and my husband really would have loved to have more abominations and necromancers included in the core game, as you quite fast could’ve used more than one of each. Fortunately we’ll be getting a lot more quite soon :-)

The Zombie Runners were done pretty fast, lots of skin and not a lot of details.

I didn’t use any holding hands pictures of the runners, mainly due to my husband’s protests when we were taking pictures (They fit together so perfectly) – So enjoy the serious pictures (Buuh)

I love the variety with the standard zombies, there’s 2 different female and 3 different male zombies.

Fairly similar to paint, though the females seemed less detailed and a slightly boring in design. We painted in as much color varity as possible without going overboard, since there were so much to paint. (Yellow Zombie Lady kinda stands out, now that I look at the third picture)

As the final touch, most of the zombies had lots of gore added to them, lots and lots of blood. The bases were painted, added some weathering and blood as well. We did consider doing more with the base but decided that it would be too much work with so many miniatures and many more to come.

Phew, 71 miniatures painted. The second picture really shows the amount – I’m glad we got it over with so fast, as we’re really looking forward to the new miniatures now.

Considering that there is more than a hundred new miniatures to paint once we get the final parts of our pledge, our work is not even halfway done.

I highly doubt that we will be painting every single miniature since many of them are duplicates of the ones already painted. Looking very much forward to painting the theme based zombies such as the Snow Whites, bellydancers and bishops, plus the survivor Monty Python mini, Conan + Red Sonja, William Wallace and Jared from Labyrinth (RIP)

Finally, two huge thumbs up to Coolminiornot for actually splitting the shipments in two and getting the core games out to the Kickstarter backers.