As the headline says! The Dark Emissary has Returned!

I decided it was time to put up this guy from our Nordland Campaign. He is by far the most challenging nemesis we have encountered in our WFRP campaigns over the years and he deserves a spotlight! 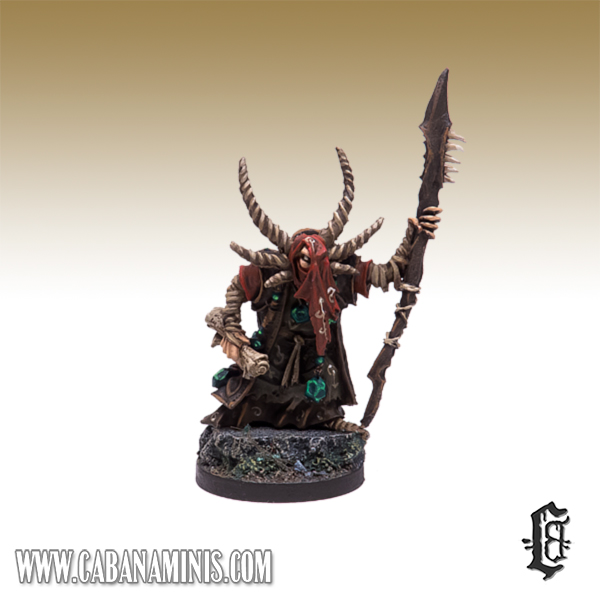 In our last session, we discovered that an evil and greedy nobleman (with ties to a cult we’re after) has somehow bribed Dark Elves to summon an evil entity to rid the Forest of Shadows of forest spirits. The plan worked to begin with, but the enitity turned to be none less than the Dark Emissary! And he has slowly taken over the forest and surrounding cities, gaining power from each victim.

As of now he controls an army of Wolves. Really big ones! I painted quite a lot of them for our sessions, not knowing the use of them. Well, I do now and it turns out one of the PC’s have been cursed by him and might turn into something… unpleasant. I will have to see next session!

He’s a really cool and unique miniature with many small details and weird symbols. I looked at some old artwork from The Dark Shadows Campaign (simular to Storm of Chaos and Storm of Magic) and based the miniature on that. Here are a few examples: 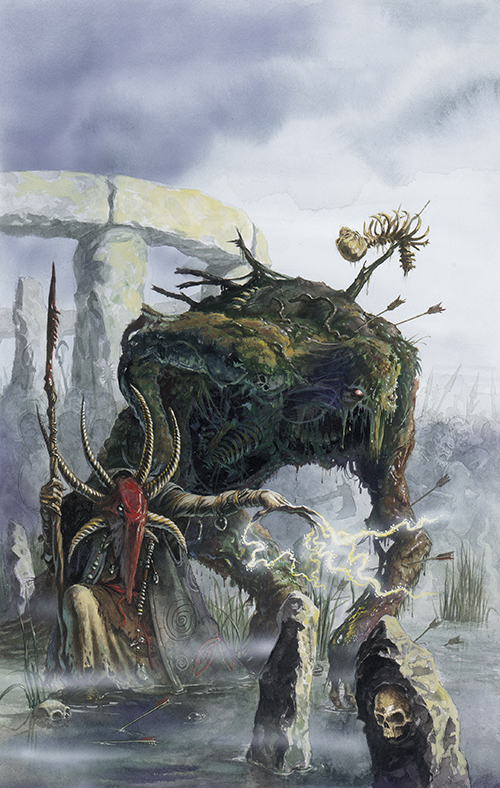 No-one knows for sure who the Dark Emissaries are, though they are widely regarded as dangerous, evil sorcerers and the harbingers of imminent doom. Wherever he walks, the Dark Emissary sows seeds of deceit and despair, leaving those who listen to his advice utterly broken. – Games Workshop

I have started on a Fen Beast for him, but the original GW model is not so convincing and rather small. So I ended up buying this from Mierce Miniatures. Brittle details like their other miniatures, but I might cut the sticks and branches shorter so they won’t snap off whenever I use it :)