Even though I have backed the last 2 Bones Kickstarters, I haven’t actually painted the miniatures, only some terrain. I have given most of the miniatures as extra gifts to customers in our shop :)

The Kickstarter for Bones 3 was a bit of a mixed sensation. I didn’t receive my order before their next Bones 4 kickstarter was done. So it was really delayed and I wondered how they started another Kickstarter when a lot of their backers (European mostly) had not even received their previous Kickstarter orders. A shame really, because the quality is 200% better than their previous kickstarters. Much better casts with less mould-lines to take care of, and a lot more unique figures. But by the time I opened my box, it was too late to back the next :-/

So while I wait the 2+ years for the next batch to come out in the Reaper store, I’ll paint some of the stuff I have now :)

First off: The Halfling Chef!

He is a really tiny fellow, so there were even space for a few grocery items on the base. His nose turned out a little weird on the pictures, but you really don’t notice it when holding him. Especially not on the table! The colours are based on this picture from the Warhammer Fantasy Roleplay 3rd Edition Halfling Chef Career card: 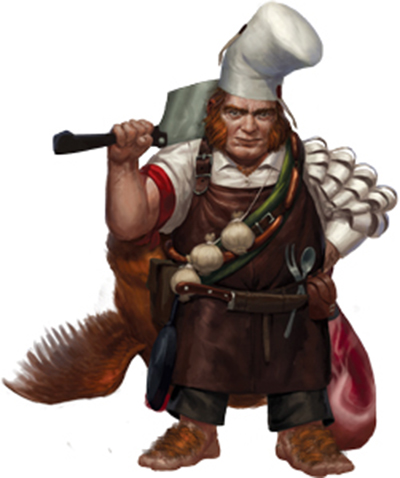 Next up: The Dwarf Brewer and the Dwarf Butcher! 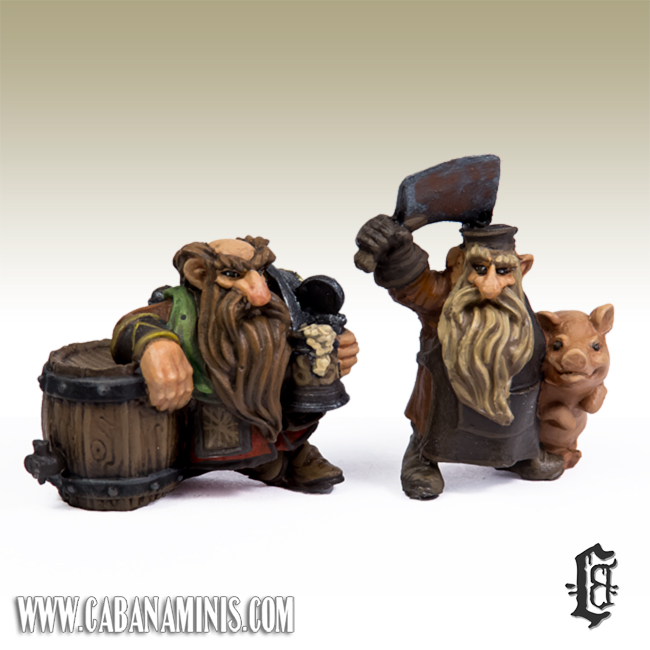 I cut off their bases and painted them without, so they can be used for street scenes and city dioramas :)