Just finished painting this little bugger. I remember this miniature from way back, before I started playing mordheim myself. Actually thought he was some kind of hedgehog mutant (I know…) and I never really liked the mini. But since I decided to start collecting mordheim miniatures, I of course had to own the miniature. The pictures are a bit dark and honestly doesn’t give the painted piece the justice it deserves, it looks a lot better on the gaming table compared to the pictures. 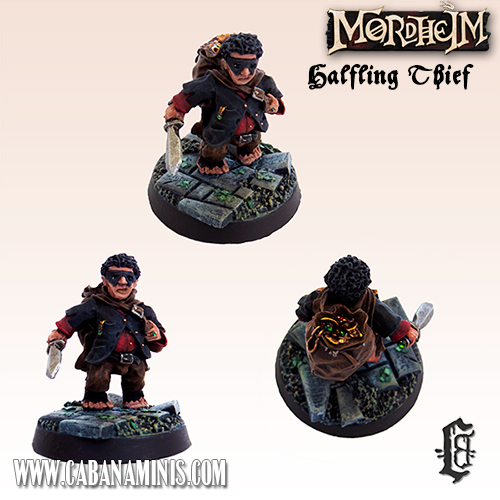 I bought him from a local fellow, who quit the painting hobby – Afterwards I realized that he’s pretty damn rare and I actually saw him go for 175 euro on ebay  shortly after – And this was a painted one with several layers of paint. The one I bought was also painted (Not too great) So I cleaned him up, and started anew.

Since he is a burglar I decided that he should look like a successful one (he is a halfling after all), adding tons of gold and gems. I’m quite happy with the result, and I’m sure he will fit right into my rpg :-)