Two more skaven miniatures done – They’re to be used in my current WFRP campaign – Where the adventurer party has learned that there are Skaven lairs in the mountain beneath the city of Middenheim. Since the city is inflicted by a plague, there’s a bit of a chance that Clan Pestilence may somehow be involved.. 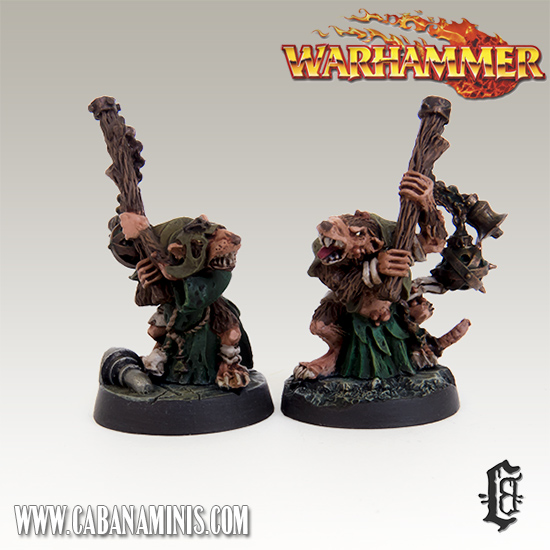