Like many others, painting white colours aren’t my favourite thing, and High Elves tend to wear extensively white and light blue colours. The colours of this one is actually an idea I “borrowed” from one of my friends who built a High Elf army, but decided to make the theme in Blood Elf (Warcraft lore) colours instead of the usual white ones. He never got to the point of painting anything, so I totally stole his idea!

It’s hard to see on the pictures, but the shield actually ended up pretty cool, starting at dark red at the top and ending with bright orangy red at the bottom!
For some reason, the miniature has “kissy” lips (whatever you call it!), so I had to really tone them down. Somehow he doesn’t seem too tough if he looks like he is about to kiss every passer-by. :-P

Decided to dust off Doctor Festus and his loyal champion that my husband very creatively named “Fat Little Nurgle Champion”.

As a collector (of far too many miniature lines) I, of course, collect old Chaos Champions. More specifically Realm of Chaos Miniatures. Not sure which line this guy is (other than Citadel), but he deserves a shared post with “Herr Doktor”. Even though Festus is made in Games Workshop’s Finecast, assembling him was rather painless and the paint really stuck this time. Guess I got lucky :-D
Really love how the Champion fixed his missing leg with an extended arm! Also painted the guy in very rusty colours.

Festus is currently part of my WFRP campaign in Nuln, where he puppeteers the Nurgle followers. Recently, a group of heroes thwarted his grand plan, and he is now keeping a low profile while counting his losses. 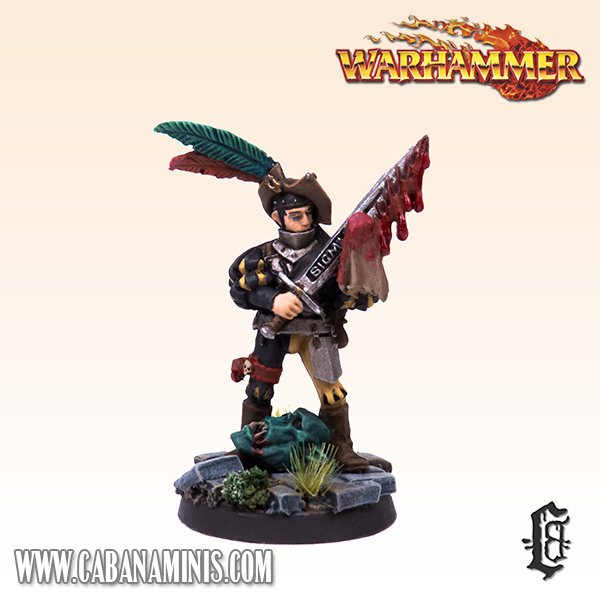 Another Skaven for the collection – This time a Clan Pestilence character, the Plague Priest. The model is actually pretty large and I ended up putting it on a 32mm base from Tabletop-Art. Good thing I didn’t have to use him on a 20mm square base for a Skaven army back in the good old Warhammer Fantasy days – Must have been a joy fitting him into a regiment.

I recently made a pretty cool conversion piece to use as a Chaos Shrine in Warhammer. It started out with two columns from Fenryll, the gargoyles and skull wall from Games Workshop, the top piece from a chaos chariot (I think), some styrofoam for the bottom, a chaos symbol in the bottom and a bunch of candles on top.

I quickly painted it afterwards and decided that the piece also needed an altar – So I used a Fenryll altar and added candles from Tabletop-Art, a book from Ristul’s and some more chaos symbols.

Click the read more below the picture to see a few more pictures :-) 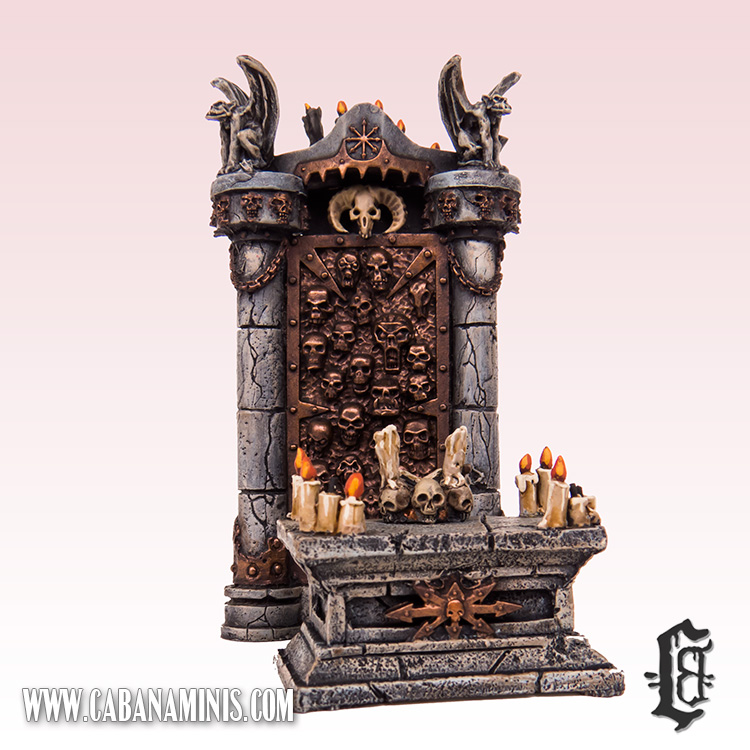