Another break from vacation!

As mentioned in a previous post, our heroes from our RPG group recently went on a search for a Dwarf named Snortek. The reason for this is that the very well loved dwarf Ghartek died a horrible death in the Knobelsdorff society (our First Aid expertised hero failed to save him) Little do people know that Ghartek was an extremely racist Dwarf who hated Elves (especially our Wood elf Hero Beluar with whom he relentlessly pranked in every way possible) and it so happened that right before he died from a Skaven attack, he put all the blame on poor Beluar who now believes he is cursed! (he did temporarily dye Ghartek’s beard pink, drop his glasses into his chamberpot and other sorts of devious pranks)

Luckily, there is still hope for our poor Beluar! Ghartek’s nephew Snortek is heading for Middenheim with funeral plans. Maybe Beluar can redeem himself by being VERY nice to the nephew?

Either way! Here are the now late Ghartek and his rather confused and narcoleptic nephew Snortek (pun intended) 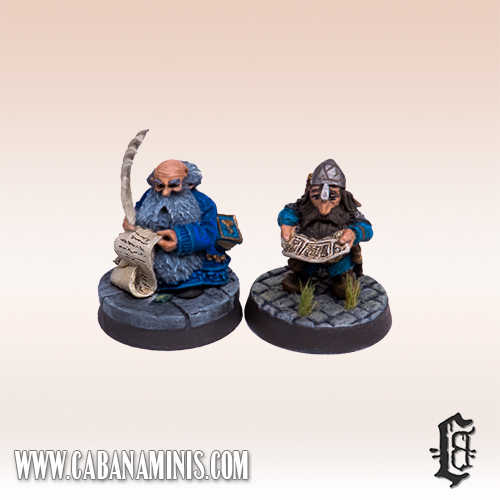