As mentioned in an earlier post we are currently working on a small fishing village for our Talabecland Campaign. The village is one out of three towns (in close proximity) and we were largely inspired by the river town of Flotsam from the Witcher 2 game series and Laketown from The Hobbit. So far we have built and painted some of Game Workshops Laketown sets along with villagers from Reaper Miniatures’ Dreadmere setting such as the Fishwife + Crone, three Mercenaries and Jakob Knochengard. Pictures will come as soon as I have some time to snap them!

We’ve also begun (and finished) a variety of boats for the campaign including the docked Merchant Ship and 3 different Freebooter Boats. One of which is the Piñassa which have room for 4-6 miniatures (a little less since we decided to put a few crates and stuff in it!) 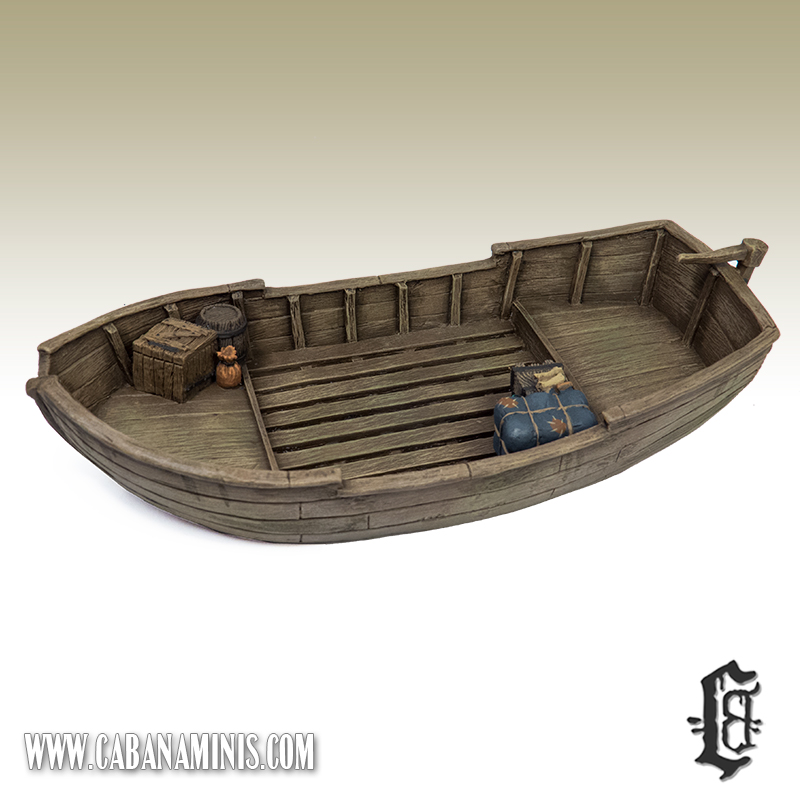 I painted it very worn down with lots of weathering (this isn’t the finest boat!) I started off with Dark Shadow from Reaper, then a heavy drybrush of Brown Leather, and a little bit of Golden Skin, Thar Brown and Ardennes Green from Scale75, along with some Citadel Camo Wash and Ashen Brown from Reaper.
The accessories from Tabletop-Art were painted using Scale75 and Reaper paints aswell. Both paints have a delightfully matte finish, which looks amazing!

To show the scale of the boat, our new hero Oswald jumped into the boat for a photoshoot! 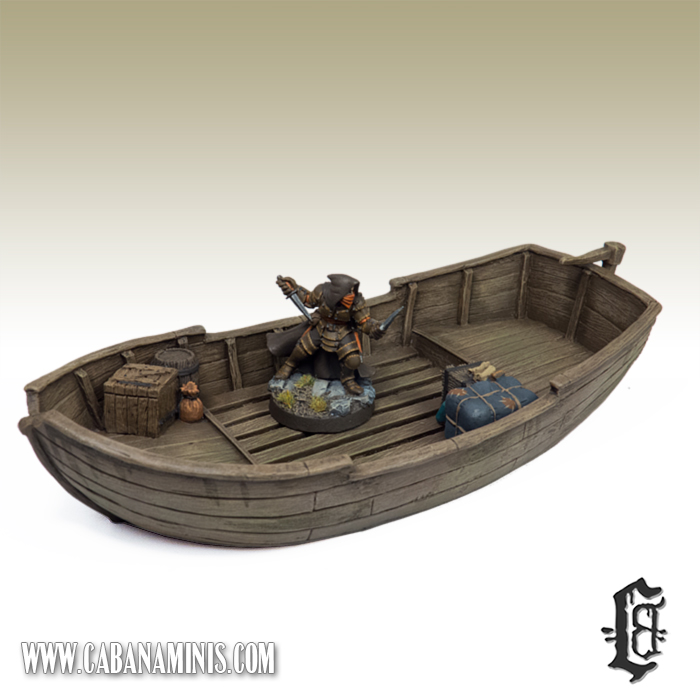