Here are the obvious Monty Python inspired survivors from the Zombicide: Black Plague – Kickstarter Exclusive box. I used both the artwork from their character cards and photos from “Monty Python and the Holy Grail” to make up the colour for their armor and tabards. Sadly there was no space on poor Sir Robin (or Sir Robin the Not-Quite-So-Brave-as-Sir Lancelot ) for his iconic fleeing chicken heraldry he dons on both tabard and shield. But I did end up satisfied with the green/white pattern :-) 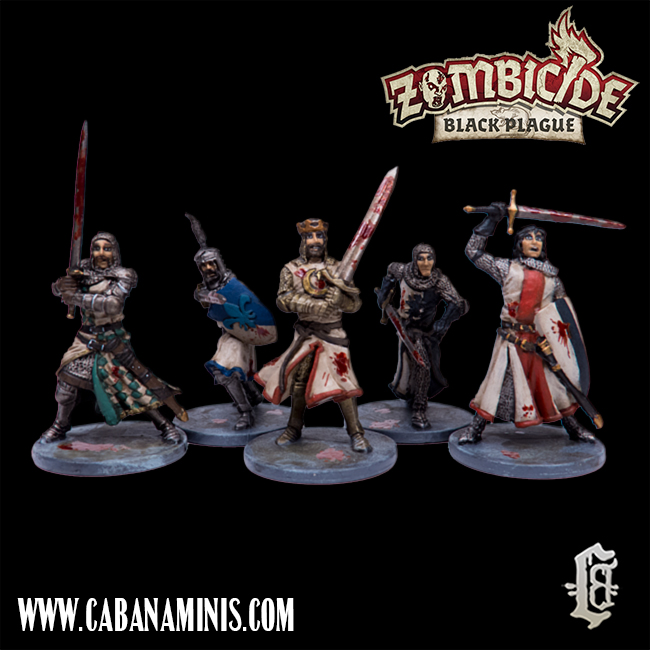 To show the simularities, I placed them in the same order as the classic photo from the film (see below)

Sir Bedevere’s helmet and feather was really spot on and very fun to paint. Only downpoint is the fact that they are still just plastic minis with many mould-lines and little detail, as “master” casts of these minis in detailed resin would have been awesome to paint!

The characters have various simularities with their Python counterparts such as Montalban’s (Sir Robin) Hit & Run ability and Chauncey’s (Lancelot) Frenzy ability (like when he slaughters a wedding party in the movie) and Mortimer’s (King Arthur) Born Leader talent.

Last but not least a group picture featuring Bob (Tim the Enchanter) who also got to be part of the set! 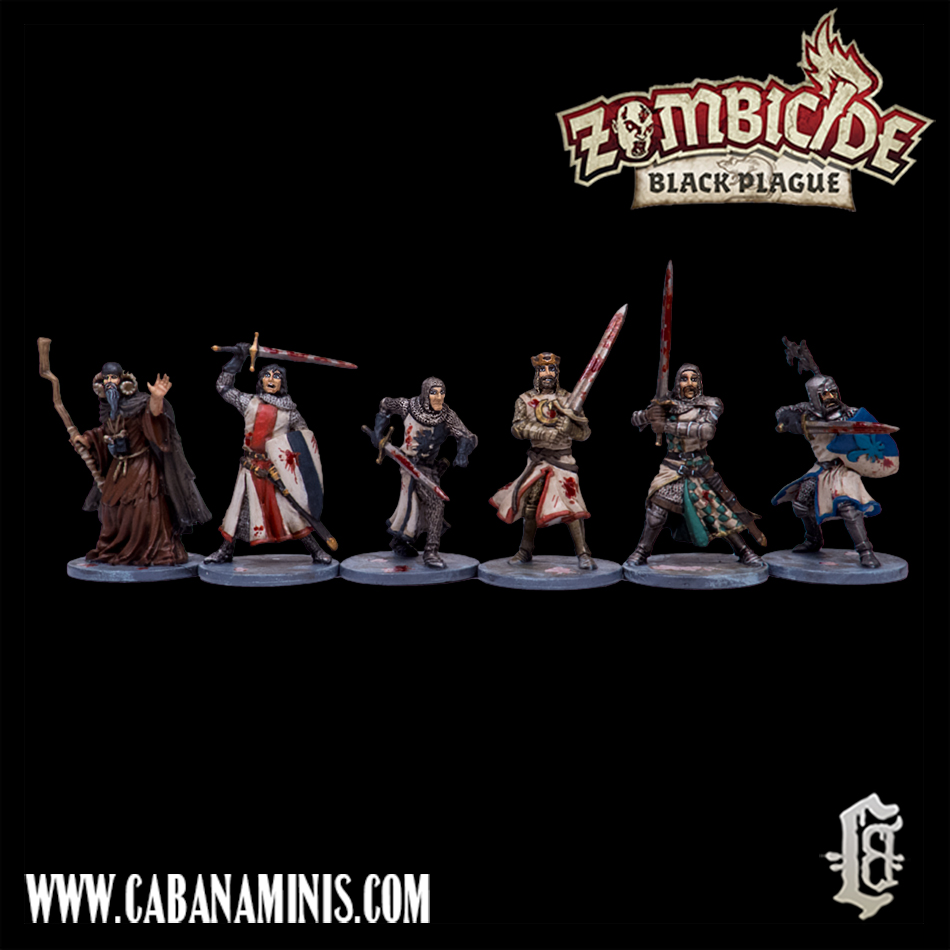 All in all a really cool bunch of minis. Still a lot more left from the Kickstarter set to show off! So stay tuned :-)