It’s been a while since I’ve posted about of our Zombicide project, so I decided to snap some pictures of the Wulfsburg Expansion. Pretty cool set, and it comes with some very nice heroes and cool Zombie Wolfz + Wolf-Bomination.

Wonder if they ever make more content, or if they only make things via Kickstarter. Which is a shame, since we’ll have to end up waiting a long time for it, if it gets delayed like all their other projects, including Massive Darkness, which my husband and I backed a while back. (it was due in April which is now… but it seems it’s delayed for late 2017/early 2018. I hope I’m wrong about that!)

Not that I have that much time on my hands for painting all those minis anyway, but the conversion/crossover set for Zombicide: Black Plague, is tempting! 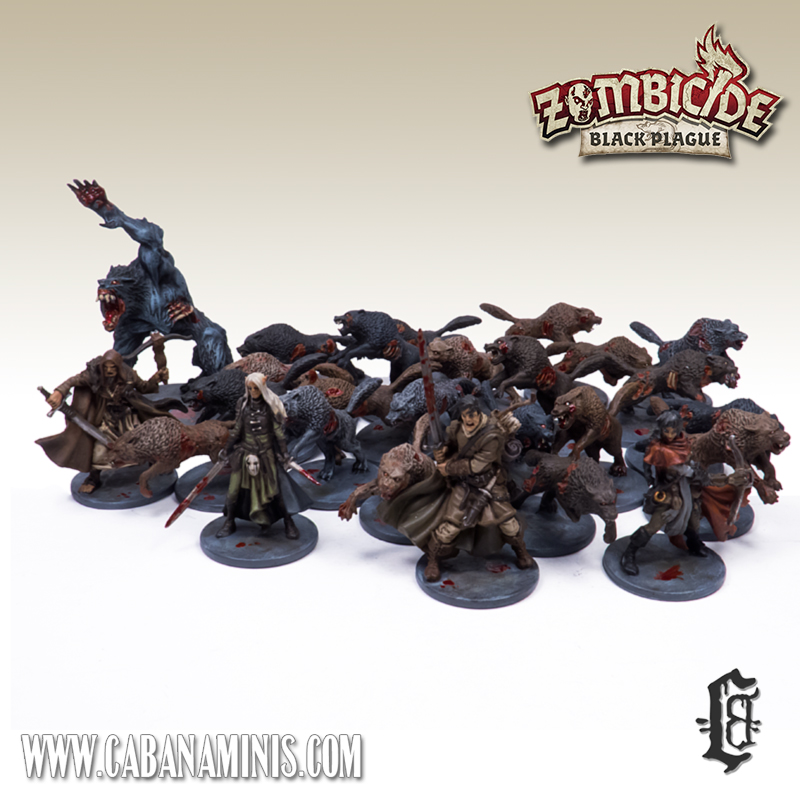 I found some Gameplay photos of this expansion and the core game. In the first one we used lots of fire tokens from our RPG to remind us that the room is supposed to be on fire! (Scenario in the Core Rule Book) and on the second photo, you can see two of the tower tiles included in the Wulfsburg Expansion!

I’m still missing pictures of the latest acquired Special Guest Boxes! So stay tuned for that! :)